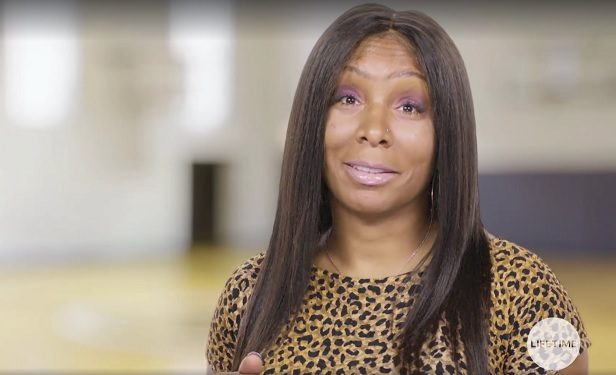 Peytyn on Bringing Up Ballers, Lifetime

The new reality TV show Bringing Up Ballers on Lifetime features five working mothers and their elite basketball playing kids in Chicago. One of the five moms is the self-proclaimed “alpha female” of the group Peytyn Willborn. In the premiere episode of the show, we meet her 18-year-old son George who’s considering colleges. Peytyn wants him to stay close to home but it’s no secret George is now a freshmen at University of Texas at San Antonio.

[Who Is Heather’s Ex-Husband Aaron Williams on ‘Bringing Up Ballers’?]

[LEFT: Hoop Dreams — the unforgettable movie about young players with NBA dreams is a precursor to Bringing Up Ballers]

When not cheering on George on the basketball court, Peytyn is at her restaurant Truth, which claims to be the only black-owned Italian restaurant in Chicago. It’s in the Bronzeville neighborhood, where Peytyn grew up. Truth lives up to its name, too, getting 5-star ratings from users on sites like TimeOut and TripAdvisor. Peytyn recommends the King Crab (see below). Bringing Up Ballers airs Wednesdays at 10pm on Lifetime.

IG family!!!! The Alaskan King crab are here at Truth…..yummmmmmy

Man I miss this guy …#SON