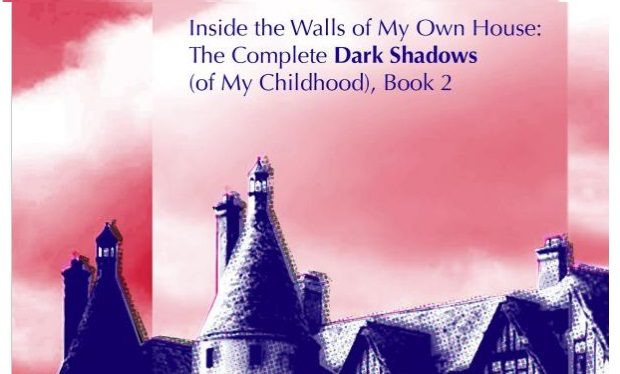 Tony Trigilio is the author of Inside the Walls of My Own House: The Complete Dark Shadows (of My Childhood), Book 2. A poet and scholar, Trigilio has also written about other poets in his books Allen Ginsberg’s Buddhist Poetics (2007) and “Strange Prophecies Anew”: Rereading Apocalypse in Blake, H.D., and Ginsberg (2000)

2paragraphs: Why do you think Inside the Walls of My Own House: The Complete Dark Shadows (of My Childhood) is connecting with readers?

Tony Trigilio: I think the book is connecting with people for a couple different reasons. First, nearly everyone can relate to how pop culture—especially television—shapes intimate experiences with our loved ones. We’re never just passively watching with others. Instead, we’re sharing what we view. In this way, a TV show can be an intimate social occasion rather than just a visual product we consume in isolation. I should say a bit more about the background of the book before I go further. This is the second book of a multivolume poem. I intend to watch all 1,225 episodes of the old soap opera Dark Shadows, composing one sentence for each episode and shaping each sentence into verse form. Why Dark Shadows? In the first months and years of my life, I watched Dark Shadows every day with my mother, a devoted soap fan. I hardly understood what was going on—but I was certain the soap opera’s main character, the vampire Barnabas Collins, lived inside the walls of my own house, waiting for me to go to sleep so that he could bite my neck. This book has given me the space to write about memory in ways that none of my other books have. The reason for this, I think, is that the original experiences of watching the show with my mother were so intimate that they became anchors in my mind that other memories attached themselves to. Readers often tell me that this project reminds them of shows they shared with close family members. In our age of binge-watching, I’ve heard from a number of folks who’ve said my book has triggered in them a desire to write autobiographical material through the episode-by-episode lens of the favorite TV shows of their youth. I’d love to see more poems like this from others (and I’m sure these poems would affect my ongoing project, too).

[LEFT: Trigilio explored these dark shadows before — in The Complete Dark Shadows — Book 1]

I think people also are drawn to the book because it’s breathing strange new life into the familiar literary form of the autobiography, one of the most popular forms of literature in our era. We’re a culture that loves memoir, of course—and poetry, especially, is dominated by the personal, autobiographical voice. I think writing oneself onto the page demands an innovative eye because you’re constantly experimenting with the embodied potentialities of selfhood. But early in my career, it seemed that the dominant discourse in contemporary poetry dismissed the personal voice outright as a mode that never could be experimental or innovative. The “I” in poetry was a suspicious construct rather than a mode of subjectivity that could be played with, experimented with, deconstructed and reconstructed. Critically and artistically, the rejection of the “I” seemed to me a flimsy premise upon which to build a poetics. We were living in an era where the constancy of the self was beginning to be challenged in rich, fascinating ways by critical theory. But most poets I knew who, like me, identified as experimental were convinced that the only way to explore the indeterminacy of selfhood was to write depersonalized poems. They often produced excellent work, but at the same time, I felt their vision of the experimental was limited. I think we now live in a much more expansive era of cross-genre, hybrid work, and we’re more open to—and excited by—literature that stretches the boundaries of conventional forms and tries to make new forms. This book is part of that effort to make new forms. I’m orchestrating collisions between the ekphrastic mode (writing poems about other art forms) and the autobiographical mode, collaging the two in ways that, I think, feel contemporary to readers, even though my conduit to the present is a television show that debuted a half-century ago.