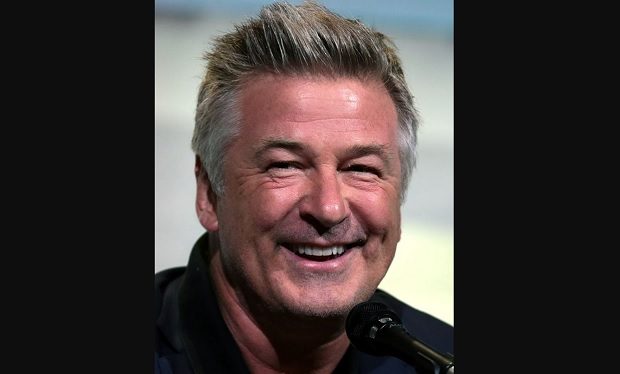 Alec Baldwin plays Donald Trump on TV — and now he’ll play the president in books too. Or at least one book. Baldwin is teaming up with NPR radio personality and novelist Kurt Anderson for a Trump parody book to be called You Can’t Spell America Without Me: The Really Tremendous Inside Story of My Fantastic First Year as President Donald J. Trump. (No word whether Colbert or Jon Stewart helped with the title.)

Baldwin and Anderson make an inspired team. Anderson, along with current Vanity Fair editor (and fellow Trump enemy) Graydon Carter, ruled pre-Internet snark with their hipster must-read SPY magazine in the 1980s. SPY unrelentingly skewered Donald Trump, never referring to so-called billionaire without their coinage “short-fingered vulgarian.” Unfortunately, Anderson may have taught Trump the very lesson that he needed to run an effective campaign. But now Anderson will have his revenge, presumably. Baldwin pretty much admitted he’ll just lend his name, image, and occasional wit to the enterprise — with Anderson doing the heavy-lifting. Donald Trump could not be in better hands that Anderson’s, whose finger length has never been established.

Thanks to @ABFalecbaldwin @AlecBaldwin. I have revived my sideline as a Trump profiteer. https://t.co/st3IoxeCWy pic.twitter.com/GtkgiluuE0