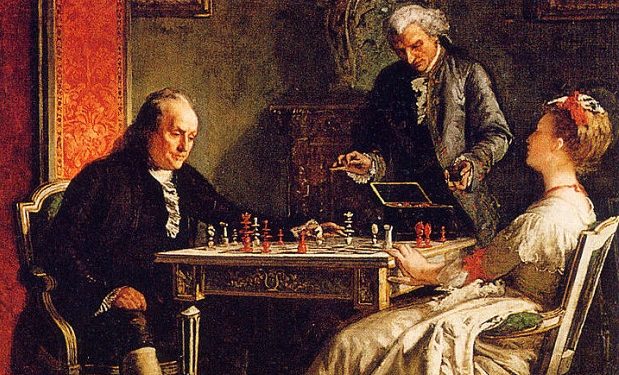 60 Minutes investigates a new chess program offered for children in rural Franklin County, Mississippi. The children involved say chess has changed them — including one who says his grades have improved since playing chess. That’s saying a lot especially in a town like Franklin County where “just seven of the 93 high school graduates last year went on to a four-year college.” One young player says, “I feel like chess could take us anywhere. But it’s not about where it takes us, it’s about how far it takes us.” 60 Minutes reports that every chess player they spoke to says they plan on going to college.

Franklin County, population 8,118, is the fourth-least populous county in Mississippi. And according to the 2010 U.S. Census Bureau, there are no same-sex couples living in the Franklin County. In 2013, CNN reporter John D. Sutter (who is gay) went to Franklin County to see if the statistic was true. (It’s not.) The title of Sutter’s report was “The County Where No One Is Gay.” 60 Minutes airs Sundays at 7pm on CBS.