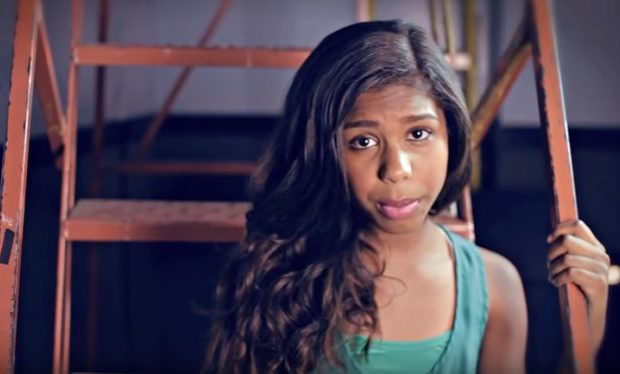 Aliyah Moulden singing Alicia Keys' "If I Aint Got You" (YouTube)

At 15, Aliyah Moulden is one of the youngest singers on The Voice, Season 12, trying to woo the coaches – Blake Shelton, Adam Levine, Alicia Keys and Gwen Stefani. Since she was 10, Aliyah has been dedicated to pursuing her singing and acting career. She’s serious about studying voice, acting and dance, so she’s working with one of Los Angeles’ finest teachers, Shaun Royer.

Shaun Royer of Soundcheck Artists (aka the Starmaker, aka the Audition Guru) has worked with young Britney Spears, Justin Timberlake and Christina Aguilera — and Alicia Keys (during her early “Fallin” days). See Royer’s reel below. Or watch Aliyah at 12 perform the Alicia Keys song “If I Ain’t Got You”. The Voice airs Mondays and Tuesdays at 8pm on NBC.