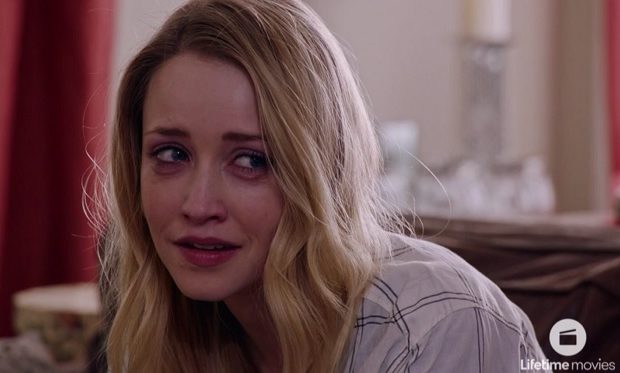 In the TV movie A Surrogate’s Nightmare, when Angela (Poppy Montgomery) returns home for her mother’s funeral, she reconnects with her sister Shelley. Shelley is upset because she cannot conceive a child. Seeing her sister’s suffering, Angela offers to be a surrogate. During Angela’s pregnancy, a number of dark family secrets surface and put Angela’s (and the baby’s) life in danger.

Shelley is portrayed by Emily Tennant. The Canadian-born actress is known for her roles on Hallmark Channel’s Cedar Cove (Cecilia Rendall), Mr. Young (Ivy Young), and in the films The Sisterhood of the Traveling Pants (Krista Rodman) and Juno (Pretty-to-Goth Girl), among others. A Surrogate’s Nightmare premieres on Lifetime on Monday, January 2 at 8pm.