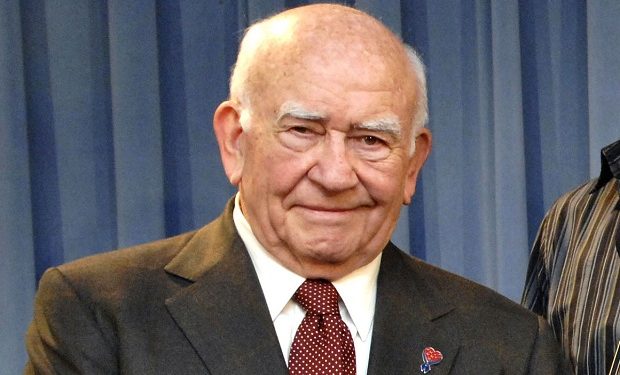 On the Bones episode ‘The Final Chapter: The New Tricks in the Old Dogs,’ the body of an old man is found in an acid dump site. The team’s investigation leads them to a retirement home. There, they talk to a number of residents including Rufus Tucker and Red Hudmore who are portrayed by TV legends Edward Asner and Hal Holbrook.

87-year-old actor Edward Asner is best known for his role as Mr. Lou Grant on The Mary Tyler Moore Show and the spin-off shows Rhoda and Lou Grant. He won seven Emmys for the role. Those born after 1980 probably recognize Asner from his role as Santa in the 2003 film Elf and as the voice of Carl Fredricksen in the 2009 Disney/Pixar film Up. Asner is also known for his work off the set as a political activist. Bones airs Tuesdays at 9pm on FOX.