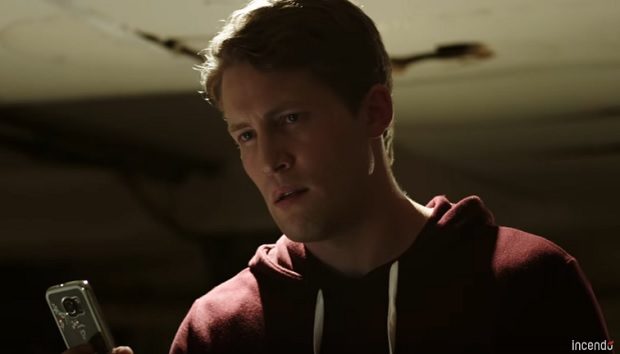 In the LMN movie Girls Night Out, McKenzie (Mackenzie Mauzy) is surprised when her three best friends from college throw her a bachelorette party. But the fun ends when McKenzie’s ex-boyfriend from college, Brandon, resurfaces. In college McKenzie accused Brandon of date-rape, which ruined his chances at playing professional hockey. Brandon has kidnapped McKenzie’s fiance who he’s holding hostage until McKenzie recants her story.

Brandon is portrayed by Jacob Blair. The Canadian-born actor is known for his roles in the films Underworld: Awakening with Kate Beckinsdale (Officer Kolb), The Grey with Liam Neeson (Cimoski), The A-Team with Bradley Cooper (Agent Blair), and 2012 with John Cusack (AF1 Steward), among others. Girls Night Out premieres on LMN on Sunday, January 22 at 8pm.