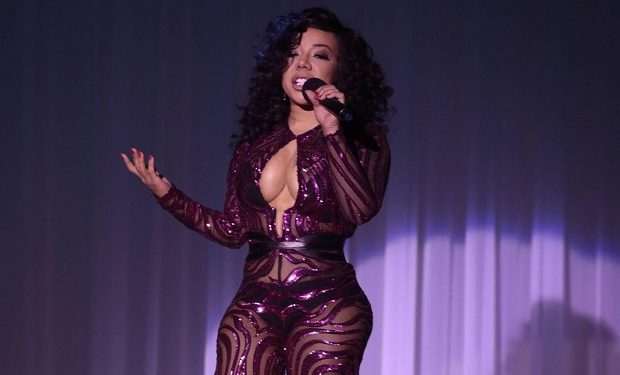 In the Star episode ‘Code of Silence’, while Carlotta (Queen Latifah) continues to dig into the past of sisters Simone (Brittany O’Grady) and Star (Jude Demorest), Miss Bruce (Miss Lawrence) prepares the salon for a hair show. They somehow convince Gladys Knight to introduce their showcase which includes the trio singing a cover of one of Knight’s songs. The emcee of the showcase is Tameka “Tiny” Harris.

Tiny Harris (she is 4’11” tall) is known for her music: she was in the 1990s R&B group Xscape with Real Housewives of Atlanta star Kandi Burruss, and they won a Grammy Award for co-writing the TLC hit “No Scrubs.” Tiny is also recognized from her two reality TV shows, T.I. & Tiny: The Family Hustle and Tiny & Toya. (Toya is the ex-wife of rapper Lil Wayne.) In December, after six years of marriage, Tiny filed for divorce from rapper T.I. Star airs Wednesdays at 9pm on FOX.