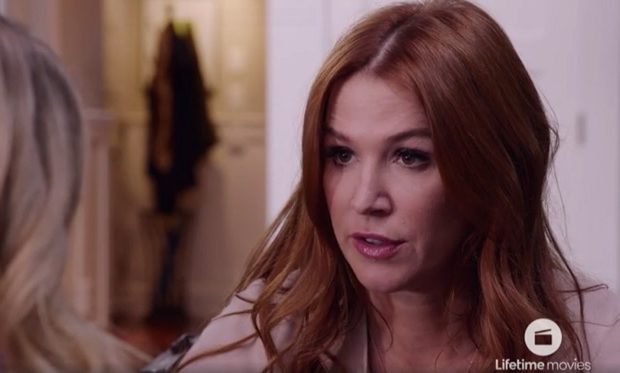 In the TV movie A Surrogate’s Nightmare, Angela returns home for the funeral of her mother. It’s an ominous beginning as the mother’s death is mysterious. When Angela tries to reconnect with her sister Shelley (Emily Tennant) who cannot conceive a child, Angela offers to be a surrogate for Shelley. Not many people would make such a life-altering offer. Unfortunately, Angela’s generosity and goodwill triggers a series of family secrets.

Angela is portrayed by Poppy Montgomery. She’s known for her roles on Unforgettable (Carrie Wells), Without a Trace (Samantha Spade), Glory Days (Ellie Sparks), and Relativity (Jennifer Lukens), among others. A Surrogate’s Nightmare premieres on Lifetime on Monday, January 2 at 8pm.