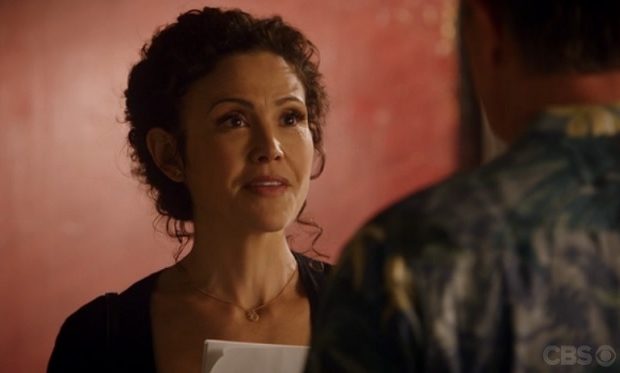 In the Scorpion episode ‘Ice Ca-Cabes’, before the team freezes Cabe’s (Robert Patrick) body in order to save his life after he’s seriously wounded by exploding shrapnel while on a mission in the desert, he has an awkward exchange with Allie. She hints that they go out on a date, Cabe is oblivious.