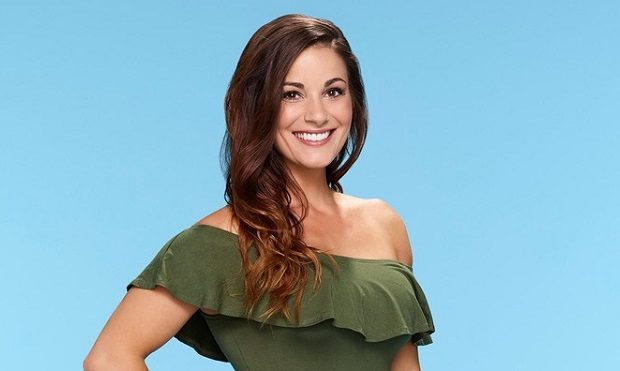 On The Bachelor, contestant Liz says she’s been carrying around a secret. Liz met Nick at Jade Roper and Tanner Tolbert’s wedding in February 2016 “and we had sex” and it’s “weighing on me because you kind of want to talk those things out.” But Liz says, “It’s hard to know who you can talk to about that without being judged.” Of course The Bachelor producers knew this tidbit of information – Liz was the maid of honor at Jade’s wedding which was televised.

Liz confides in wedding videographer contestant Christen at the mansion and tells her, “I felt very comfortable with him [Nick], you know?” Plus, “I was so wasted.” Christen says Liz “laid it all out there” with details from her hook-up with Nick. Christen says it’s not for “a family-friendly Monday night channel.” The Bachelor airs Mondays at 8pm on ABC.