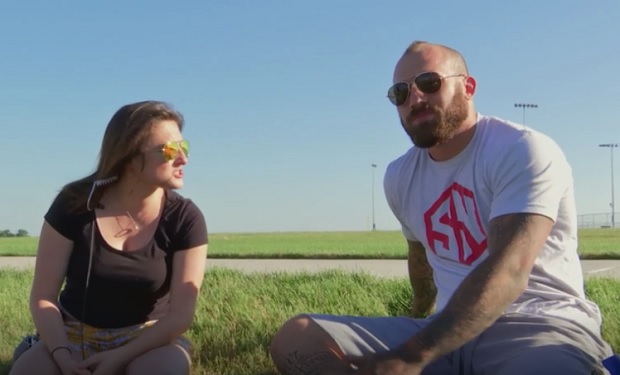 On the Teen Mom 2 episode ‘Heartache’, while Javi and Kailyn continue to fight and Jenelle tries to hide her pregnancy from her mother Barbara, Chelsea and Adam go to Aubree’s baseball game. There, Teen Mom 2 producer Mandi approaches Adam.

When Mandi sits near him and says hello, he doesn’t respond. In the previous episode, Adam walked away from her after agreeing to film for three hours. He now says he didn’t want the f—king camera in his face. Mandi asks, why are portraying yourself in this negative way? He says, I’m not, you guys do that in the editing room. Mandi responds: “Why are you being so nasty?” He denies it and explains if he was nasty he would have texted “you guys back and said f—k off.” He adds, “What the hell do you care, you get f–king paid no matter way.” Teen Mom 2 airs Mondays at 8pm on MTV.