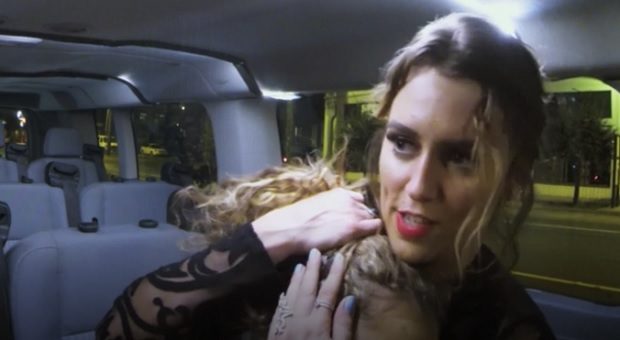 The Real World Seattle: Bad Blood Season 32 finale episode is appropriately titled ‘No More.’ While out at a nightclub, Jordan gets drunk. Jenn is seen in a bathroom stall with Jordan, trying to encourage her to “keep puking.” She explains, “You’re gonna feel so much better.” Jenn knows what she’s talking about. “I’ve gotten sick at a club before – it sucks.” When she saw Jordan struggling, Jenn said she “went into instant mom mode.” Jenn takes Jordan outside for fresh air and then gets her in the car.

Before the car door closes, Peter comes out. Jenn says to him, “You can stay. I just want to take care of her.” Peter decides to stay, but he’s not happy about it. The Real World Seattle: Bad Blood airs Wednesdays at 10pm on MTV.