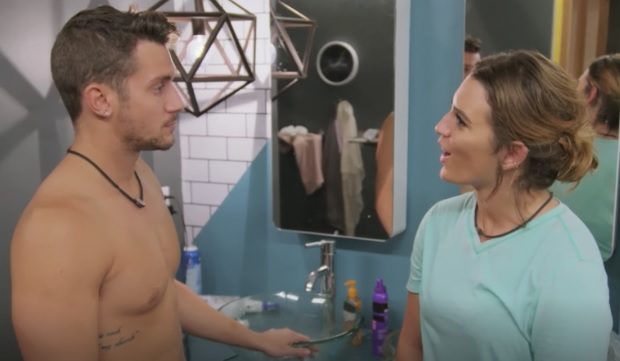 On the Season 32 finale episode of The Real World Seattle: Bad Blood, Jenn “goes into mom mode” to help get a drunk, puking Jordan out of a nightclub. Before leaving Jenn tells Peter “You can stay, I just want to take care of her.” Peter stays but doesn’t like it.

In the morning, Peter calls his sister to complain about Jenn. He says Jenn “shouldn’t be helping someone she’s not even friends with.” While talking to his sister, telling her how tough of a situation he’s in, he walks down the stairs and is surprised to see Jenn at the bottom of the stairs. She’s in a playful mood and tries to get in his way and keeps asking him, “Who you talkin’ to?” He hangs up with his sister. When Jenn asks the inevitable, “What’s the matter?” He says, “You.” The Real World Seattle: Bad Blood airs Wednesdays at 10pm on MTV.