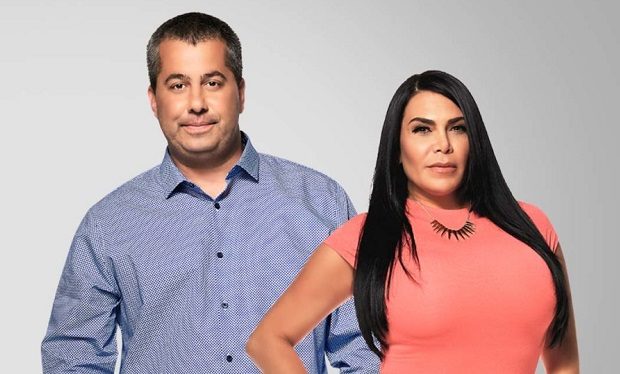 Five couples are joining Marriage Boot Camp: Reality Stars for its seventh season. The one reality star who stands out in the crowd is Renee Graziano from Mob Wives. She’s bringing her “secret, longtime boyfriend” Joe on the show. While Renee is looking to bring their relationship public and looking for a commitment from Joe, Joe seems okay with the way things are now (loose and private). Plus, if Joe decides to “go public” he’ll have to face Renee’s father, Anthony Graziano, former consigliere in the Bonanno crime family.

Maybe Renee should give up on Joe and start writing her third book? She’s the author of the thriller Playing with Fire: A Novel and the cookbook How to Use a Meat Cleaver: Secrets and Recipes from a Mob Family’s Kitchen. Marriage Boot Camp: Reality Stars airs Fridays at 9pm on WEtv.