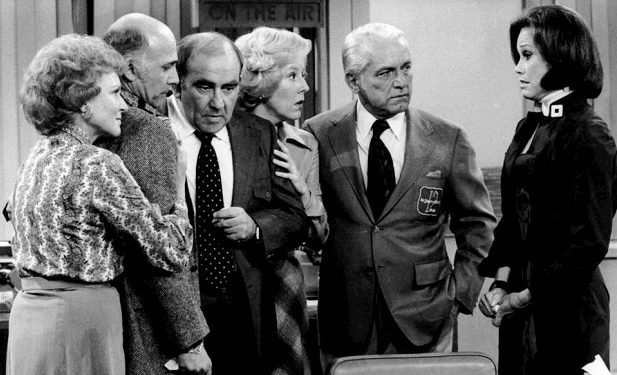 Moore’s first appearance on television was in a black-and-white TV commercial for Hotpoint Appliances. Dressed in a unitard she danced and spoke as the Happy Hotpoint elf/fairy. The ad aired during The Adventures of Ozzie & Harriet in the 1950s. See below.