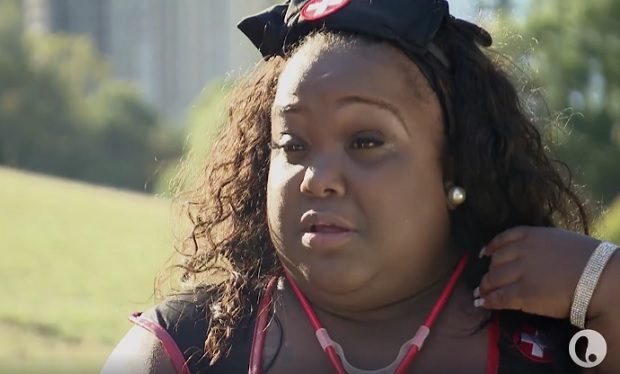 Season 2 of Little Women: Atlanta was plagued by tension between Minnie and Juicy. Minnie claimed that she was pregnant and then had a miscarriage. Juicy didn’t believe her. At one point during the season, Juicy gave Minnie a black balloon as a present. “I gave Minnie a black balloon because I was hurt,” Juicy explains. “Every time she [Minnie] told a lie, she hurt this group.”

In Season 3, Minnie is coming clean. When Minnie and Juicy get together, Minnie admits “I’ve done some wrong things.” She tells Juicy, “We are little people, and we do need to stick together. I just want to clear everything and tell you, I wasn’t pregnant.” Minnie wipes away a tear after saying so. Little Women: Atlanta airs Wednesdays at 9pm on Lifetime.