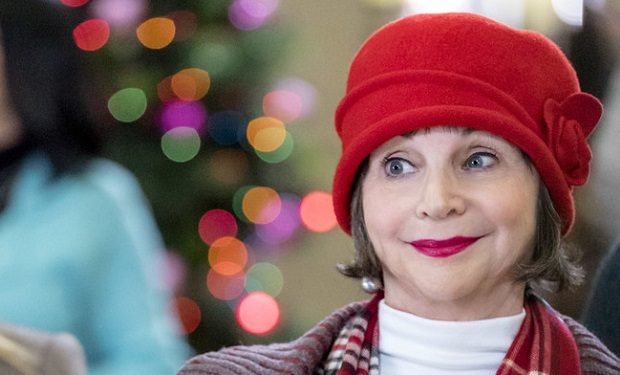 Cindy Williams in 'A Dream of Christmas' on Hallmark/Crown Media

In the Hallmark Channel movie A Dream of Christmas, a married woman named Penny (Nikki DeLoach) wishes she was single again. But when a Christmas angel grants her the wish, after enjoying her independence and success, Penny realizes she prefers being married to her husband Stuart (Andrew W. Walker).