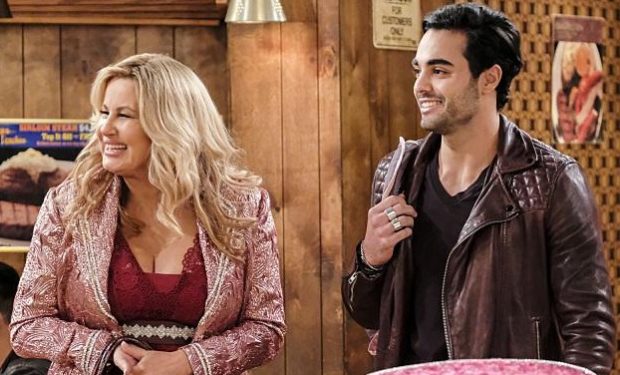 In the 2 Broke Girls episode ‘And the Himmicane’, while a hurricane threatens a divorce party that Caroline (Beth Behrs) is planning at the dessert bar, new mom Sophie (Jennifer Coolidge) is “stuck” at home with her handsome new manny Shane.

Shane is portrayed by French model Julien Marlon Samani. When not modeling for David Todd Model Management in Los Angeles, Samani is working on projects including a TV mini-series, The Frenchies, which he wrote, produced, directed and starred in. 2 Broke Girls airs Mondays at 9pm on CBS.