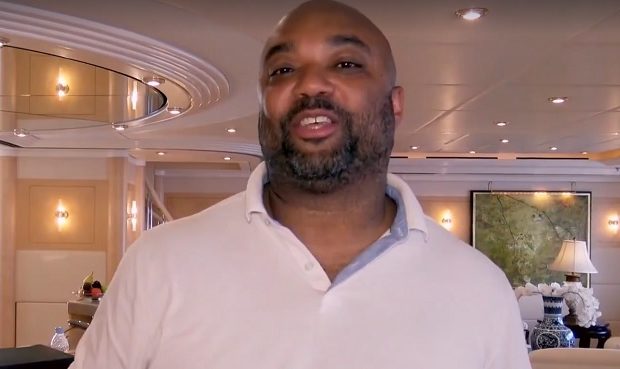 In the premiere episode of Mariah Carey’s 8-episode docuseries Mariah’s World, fans meet her nephew Shawn McDonald. He’s not a little kid but he does like to kid his aunt who is known to wear plunging necklines, which doesn’t make him feel comfortable. “When she came out with Touch My Body, I renamed it Touch My Elbows.” They have a great relationship because, according to Mariah, they both know “what it’s like to literally come from nothing.” She clarifies, “We did not grow up this way.” Shawn attests, “This is not normal, back in the day.” He says, “There were a lot of economic and other difficulties when we were growing up. And one of the main reasons why I admire Mimi is because she overcame that.”

[Who Is Mariah Carey’s Manager Stella Bulochnikov on ‘Mariah’s World’?]

According to Shawn McDonald’s LinkedIn account, the Cornell University (1999) and Harvard Law School (2002) graduate is the North American Business Affairs Director of Sports Marketing at Nike in Portland. Based on his tweets, he is not a fan of President-elect Donald Trump but he is a fan of Westworld. Mariah’s World airs Sundays at 9pm on E!