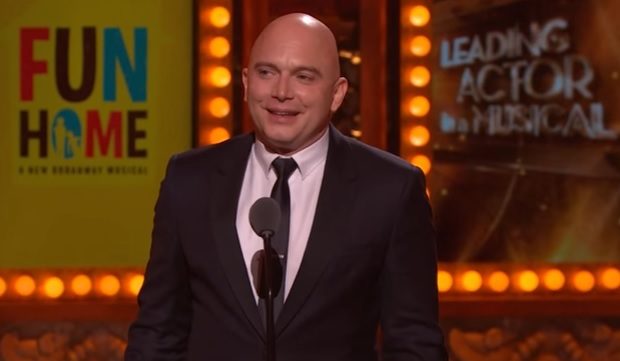 Michael Cerveris of Fun Home accepting a Tony Award for Leading Actor in a Musical during the 2015 Tony ceremony.

Congressman Jeff Pearson is portrayed by Michael Cerveris. He’s known for his roles on The Good Wife (James Castro), Treme (Marvin Frey), Fringe (September/The Observer), and Fame (Ian Ware), among others. Cerveris is also a Broadway star. The two-time Tony Award winner (Fun Home, Assassins) made his debut as Tommy in The Who’s Tommy — the groundbreaking rock opera — in 1993. Madam Secretary airs Sundays at 9pm on CBS.