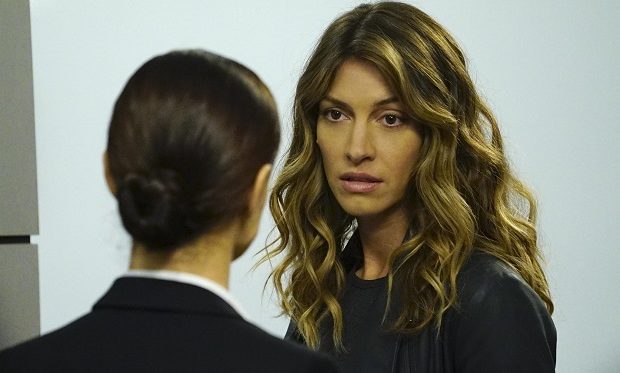 In the two-episode Season 2 finale of Secrets and Lies, ‘The Brother; The Truth’, Eric Warner (Michael Ealy) struggles to find the truth about his wife Kate’s death from his family members. During the finale, more devastating secrets are revealed and Detective Cornell (Juliette Lewis) seems to know who the murderer is. Along the way, Cornell encounters Detective Felicia Sanchez.

Detective Sanchez is portrayed by Dawn Olivieri. She’s known for her roles on Showtime’s House of Lies (Monica Talbot), Lucifier (Lt. Olivia Monroe), The Vampire Diaries (Andie Star), and Heroes (Lydia), among others. Secrets and Lies airs Sundays at 9pm on ABC.