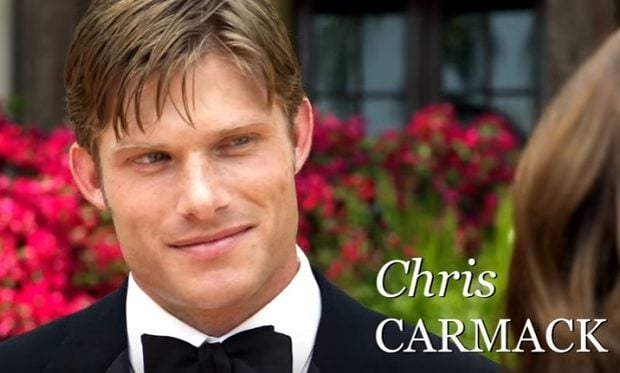 In the TV movie ‘A Christmas Wedding Date,’ when Rebecca Wesley (Marla Sokoloff) returns home for the holidays she stays with her mother Shirley (Catherine Hicks) who tries to cheer up her daughter after she lost her big job in the big city. At her friend’s Christmas Eve wedding, Rebecca also gets cheered up by an old boyfriend named Chad who looks great in a tux.

Chad is portrayed by Chris Carmack. Soon after filming A Christmas Wedding Date which was originally released in 2012 he landed the role of country singer Will Lexingon in Nashville. Or you might recognize him from Related (Alex), Beach Girls (Cooper Morgenthal), and The O.C. (Luke Ward). A Christmas Wedding Date premieres on Saturday, December 10 at 8pm on Lifetime.