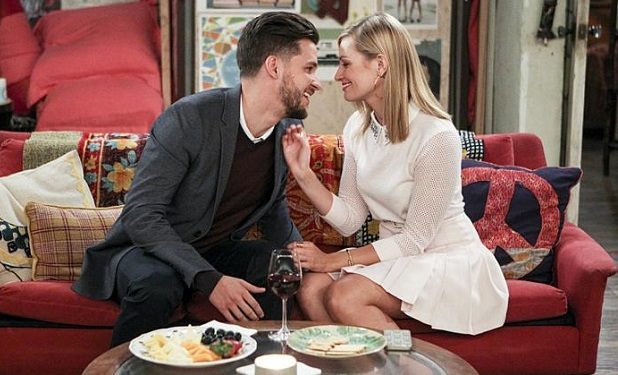 In the 2 Broke Girls episode ‘And the About FaceTime’, power couple Randy (Ed Quinn) and Max (Kat Dennings) get tired of single Caroline (Beth Behrs) being the third wheel on their FaceTime dates, so Randy sets her up. Caroline hits it off with Randy’s co-worker Tyler but then Oleg and Sophie barge in and ruin a potentially romantic moment.

Tyler is portrayed by Devon Werkheiser. He’s known for his roles on Never Fade Away (Cassidy Warren), Greek (Peter Parkes), and Nickelodeon’s Ned’s Declassified School Survival Guide (Ned), among others. Fun fact: Werkheiser made his acting debut in the 2002 film We Were Soldiers playing Mel Gibson’s son. 2 Broke Girls airs Sundays at 9pm on CBS.