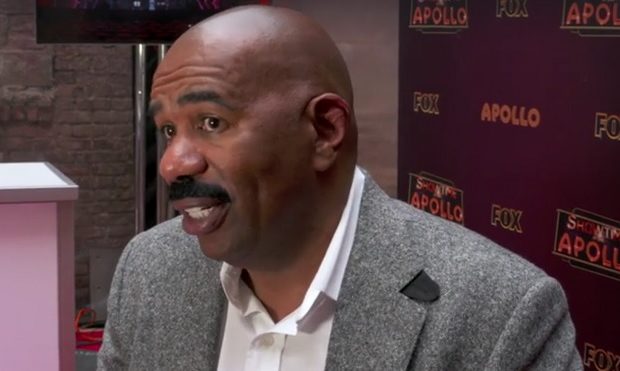 Before hosting the two-hour TV special, Showtime at the Apollo, Steve Harvey spoke about hope and faith. FOX posted a one-minute video of Harvey who said: “Everyone has doubts on the road to success. But doubt is overcome with faith. As you’re doubting somehow you just got to still believe. The average person doesn’t know how to do that.” He added, “You can doubt, you can look like you’re not going to make it but faith is believing in the things you can’t see.” Harvey reiterates, “Faith overcomes doubt. All you got to do is muster hope.”

Harvey concludes the sermon with: “You just got to hope that God is coming. He always is. He got you. Why would he let you go? He’s never failed.” Showtime at the Apollo airs December 5 at 8pm on FOX.