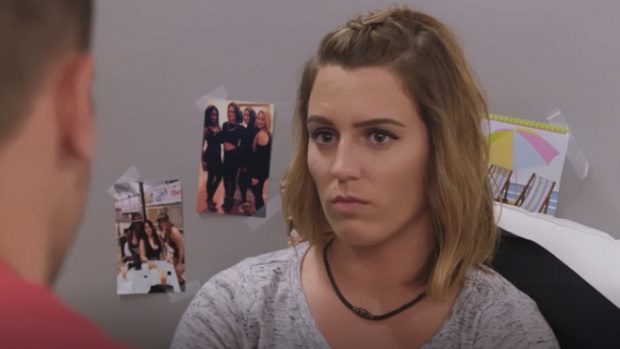 In the Real World Seattle: Bad Blood episode ‘For the Love of Pete’, while Tyara goes to the doctor and learns that she is indeed pregnant, Peter lets Jenn know that he’s mad about her hanging out with his nemeses Anna and Katrina. “You were talking with Anna and Katrina outside for an hour and that got me upset. And I didn’t appreciate what you did.” He calmly says, “I don’t deserve this. I’ve done nothing but be nice to you.” He then adds, “I love you, one-thousand percent. I want to live with you.” To which Anna says, “I can’t really talk about this right now,” and walks away from him mumbling, “Stop making such a big scene about everything.”

Jenn later admits to the camera: “I really don’t understand why he [Peter] gets so angry, and I kinda shut down. And that drives him even more crazy.” The Real World Seattle: Bad Blood airs Wednesdays at 10pm on MTV.