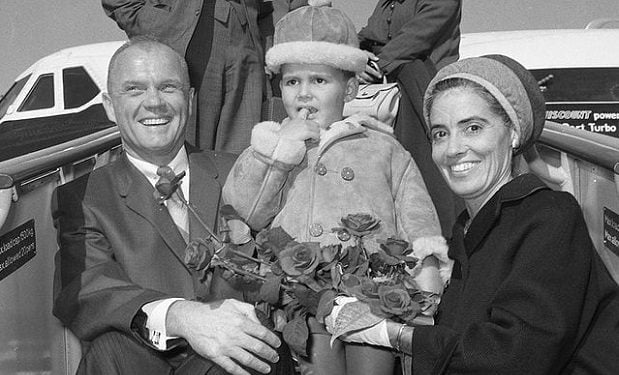 Former astronaut and US Senator John Glenn died on December 8 at the age of 95. He lived a massive life as the first American to orbit the Earth (three times), a fighter pilot in World War II and Korea, and serving in the Senate from 1974 to 1999. Before all of his big career milestones, Glenn married his high school sweetheart, Anna Margaret Castor in 1943. They had two children and two grandchildren. They remained married until Glenn’s death. Anna Glenn — John Glenn’s wife of 73 years! — will turn 97 in February.

According to the National Stuttering Association Hall of Fame, Anna “Annie” Glenn overcame a severe stuttering problem at the age of 53 (in 1976). Annie Glenn’s stuttering was featured in the 1983 film The Right Stuff. John Glenn was portrayed by Ed Harris; Annie was portrayed by Mary Jo Deschanel, the mother of actresses Zooey Deschanel (New Girl) and Emily Deschanel (Bones).