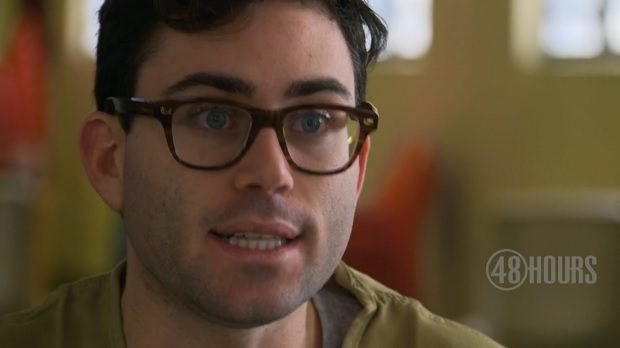 Jacob “Jake” Nolan attempted to kill Dr. Michael Weiss with a sledgehammer and a steak knife in Weiss’ Midtown Manhattan home office in November 12, 2012. Nolan claims his cousin, psychiatrist Dr. Pamela Buchbinder “programmed” him to kill her ex-lover Weiss. Buchbinder and Weiss were fighting over custody of their young son. Nolan says “They hated each other. And in turn, she made me hate him.” Nolan’s lawyer says, “At the end of this manipulation by Dr. Buchbinder, Jake Nolan had become weaponized.” During an interview with CBS News correspondent Peter Van Sant, Nolan says Buchbinder repeatedly played The Beatles 1969 song “Maxwell’s Silver Hammer” which is about a person named Maxwell who commits murders with a hammer. When it was released on the Abbey Road album, Rolling Stone called the song a celebration of “the joys of being able to bash in the heads of anyone threatening to bring you down.”

Not everyone believes Nolan was manipulated or than Buchbinder “sacrificed” Nolan for her benefit. Buchbinder claims she has no involvement at all in the attempted murder of Weiss. Weiss survived and has custody of the child. Van Sant’s interview with Nolan will air on 48 Hours on Saturday, December 3 at 10pm on CBS.