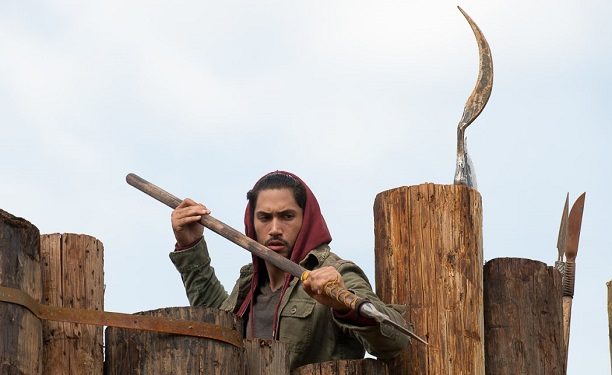 In The Walking Dead episode ‘Hearts Still Beating’, the negative after effects of Negan’s (Jeffrey Dean Morgan) visit to Alexandria continues while members go out scavenging for supplies. That includes Eduardo. Eduardo is portrayed by Peter Luis Zimmerman. The young man made his acting debut on the Tyler Perry TV series Meet the Browns in 2009 and has since appeared on episodes of Necessary Roughness, Single Ladies and Banshee, among others.

Zimmerman is also a singer. You can listen to his single “Margot Robbie” about The Wolf of Wall Street and Suicide Squad actress, below. It includes the lyric: “If you look like Margot Robbie, Then we going to the hotel, probably.” Peter Z’s entire 12-track album Kingdom is available on SoundCloud. The Walking Dead airs Sundays at 9pm on AMC.