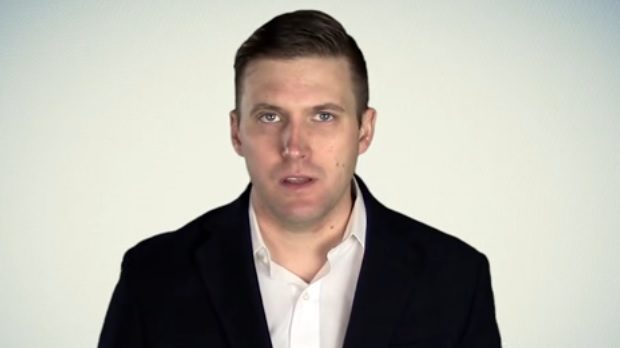 Richard Spencer is not some uneducated wingnut building bombs in an isolated hut, unable to read the directions on the kit he ordered off the internet. No, Spencer — a “white nationalist” — is what you might call an accredited racial separatist. He has degrees from some of America’s most prestigious institutions, and the bombs he throws are rhetorical in a style, honed not via the dark web but at the University of Chicago and the University of Virginia, as well as his time at Duke University.

A commentator associated with the so called “alt-right”, Spencer espouses making America into a whites-dominated nation run by (and for) people with “European” ancestry — or what he calls a white “ethnostate.” At a recent post-election talk in Washington, DC, Spencer reportedly received the Nazi salute of “heil” from some in the crowd after he said “Hail Trump, hail our people, hail victory.” Spencer’s chief fear is that whites are being “dispossessed.” Here are three of his statements, according to the Southern Poverty Law Center:

“Hispanic immigrants have been assimilating downward across generations towards the culture and behavior of African-Americans.’

“Immigration is a kind a proxy war—and maybe a last stand—for White Americans, who are undergoing a painful recognition that, unless dramatic action is taken, their grandchildren will live in a country that is alien and hostile.”

“Today, in the public imagination, ‘ethnic cleansing’ has been associated with civil war and mass murder (understandably so). But this need not be the case…”