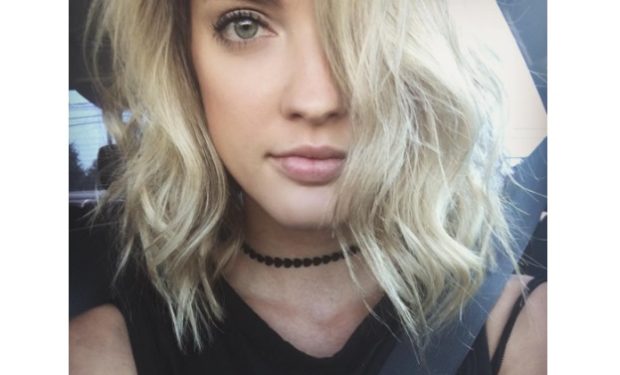 In the Hell’s Kitchen episode ‘Let the Catfights Begin’, Gordon Ramsay presents the remaining contestants with an Ingredient Crossword Challenge. Later, kid-friendly items (how difficult is it to make a grilled cheese sandwich?) “must be incorporated into the dinner service during a family night with VIP diners” including actresses Lauren Lapkus and Ciara Hanna.

Model/actress Ciara Hanna made her TV debut in 2009 on America’s Next Top Model (she was a semifinalist). After that, she appeared several times as Summer, a Forrester Model, on the soap opera The Bold and the Beautiful, and then landed her big role as Gia Moran (Megafore Yellow Ranger) on Power Rangers Megaforce. Hanna is also recognized for her portrayal of actress Heather Locklear in the 2015 TV movie The Unauthorized Melrose Place Story. Hell’s Kitchen airs Fridays at 8pm on FOX.

Got that seatbelt on.