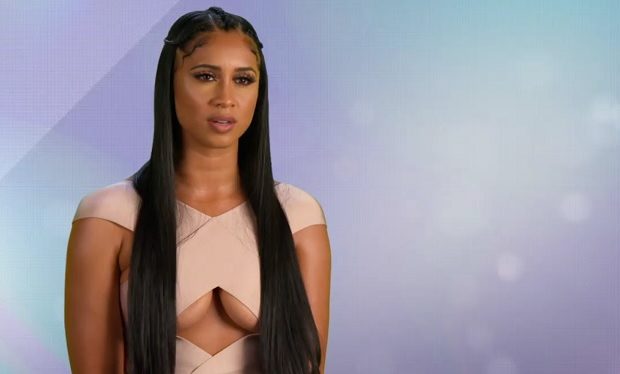 On the WAGS Miami episode ‘Ring Toss’ the ladies get together to celebrate Astrid being featured in Venue magazine as a designer to watch. But at the club, “Darnell is definitely not acting like herself,” says Vanessa. “Her energy is off.” Darnell can’t deny it. She reveals what she and her ex-fiance NFL player Reshad Jones (Miami Dolphins) are going through. Darnell tells her friends, “Reshad asked for my engagement ring back.” Darnell adds, “he doesn’t know the damage that he’s done by saying ‘I want that ring back.’”

Darnell breaks down in tears thinking about her daughter and how when her parents divorced she blamed her mother even though it was her father who left. Darnell says of Reshad: “I don’t want to see his f—king face. I don’t want to be in the same room with him. But I do it for her (her daughter).” WAGS Miami airs Sundays at 10pm on E!

Who Is Darnell Nicole’s Fiance Reshad Jones on ‘WAGS Miami’?