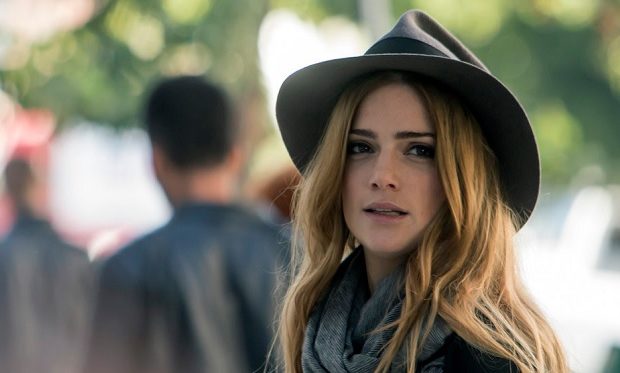 Janet Montgomery, This Is Us, photo: NBC/Ron Batzdorff

In the This Is Us episode ‘Career Days,’ while Kate (Chrissy Metz) interviews for a new job, her brother Randall (Sterling K. Brown) has doubts about his career choice, and her twin brother, actor Kevin (Justin Hartley) works hard to fit in on Broadway. His co-star, Tony nominated actress Olivia, resisted Kevin at first. But now their relationship takes a turn.

Olivia is portrayed by Janet Montgomery. The British actress is known for her roles on Salem (Mary Sibley), Downton Abbey (Freda Dudley Ward), Made in Jersey (Martina Garretti), Merlin (Princess Mithian), and Entourage (Jennie, E’s assistant and Drama’s girlfriend), among others. Montgomery is also recognized for her role as Madeline opposite Natalie Portman in the 2010 film Black Swan. This Is Us airs Tuesdays at 9pm on NBC.