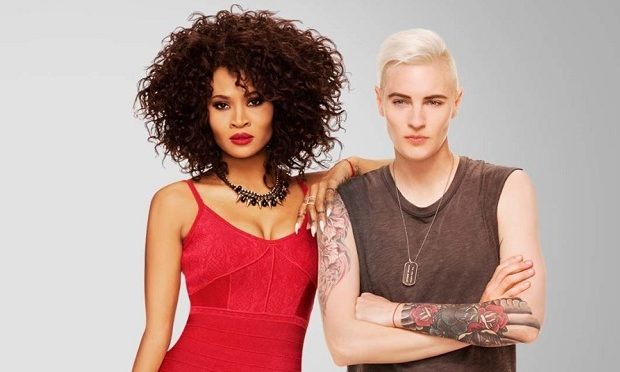 Marriage Boot Camp: Reality Stars is back for a sixth season. While it’s going to be difficult to top the drama provided by Sharknado star Tara Reid on Season 5, the Season 6 celebrities have the right credentials. The five couples include:

Margeaux appeared on the fourth season of Love & Hip Hop: Atlanta with her husband of 7 years, Nikko London. During the season, Nikko admitted to selling a sex tape he made with his co-star Mimi Faust (Nikko and Mimi both profited from the transaction). When things calmed down, Margeaux told Nikko she blamed herself for him cheating. Soon after, Margeaux announced she was in a relationship with the androgynous model Merika Palmiste. They star together in Margeaux’s latest music video (see below). Marriage Boot Camp: Reality Stars airs Fridays at 9pm on WEtv.

Happy birthday my ❤ I love to see you shine. Everyday is exciting @merike891 I celebrate you today here in Tallinn where you were born??? #Estonia #tallinn