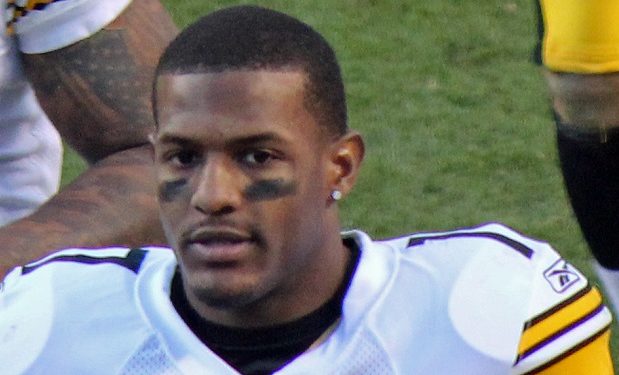 In the series premiere of WAGS Miami, the seven stars of the show gather to celebrate the engagement of Darnell Nicole. She’s engaged to Reshad Jones of the Miami Dolphins, father of her two-year-old daughter. Around the table, the ladies share stories about how difficult it is to be a WAG (wife or girlfriend of a professional athlete). Vanessa Cole shares a story about how a big-breasted woman once approached her boyfriend, Mike Wallace, who then told Vanessa to get a boob job. “I was an A-cup at the time,” Vanessa says. She made the appointment the next day. Vanessa and Mike have been together for seven years and have two children together.

Mike Wallace is a 30-year-old wide receiver in the NFL currently playing for the Baltimore Ravens. The New Orleans native played college football for Ole Miss before being drafted in the 2009 NFL Draft by the Pittsburgh Steelers. He played for the Miami Dolphins and Minnesota Vikings before signing a two-year, $11.5 million contract with the Ravens in March 2016. WAGS Miami airs Sundays at 10pm on E!