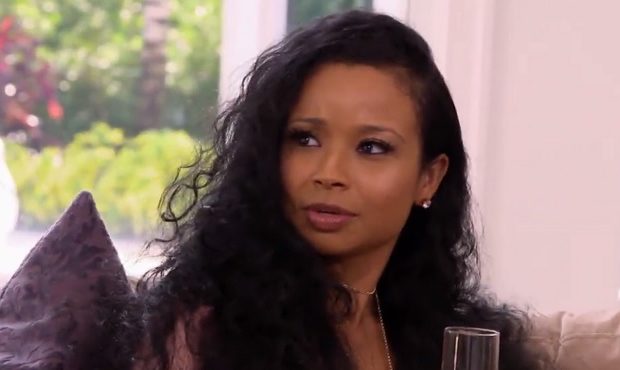 In the WAGS Miami episode ‘Birthday Brawl,’ Hencha brings up a rumor about Vanessa’s man Mike Wallace cheating on her. Vanessa admits that she was “caught off guard” and she didn’t appreciate hearing the rumor from Hencha. “I can’t sleep at night because I’m thinking about this,” says Vanessa who doesn’t know if the rumor is true. “I don’t want to be in this place, and that’s what really hurts.”

Vanessa tells Darnell Nicole and Ashley Nicole Roberts, “I love Mike to death, and I’ll do anything for him and I just don’t feel I get 100 percent of him. And I don’t think he knows how much it hurts me.” Vanessa admits to bottling things up and suppressing her feelings. “Me being in a numb space kind of really makes me feel alright because I hate being in this space.” WAGS Miami airs Sundays at 10pm on E!