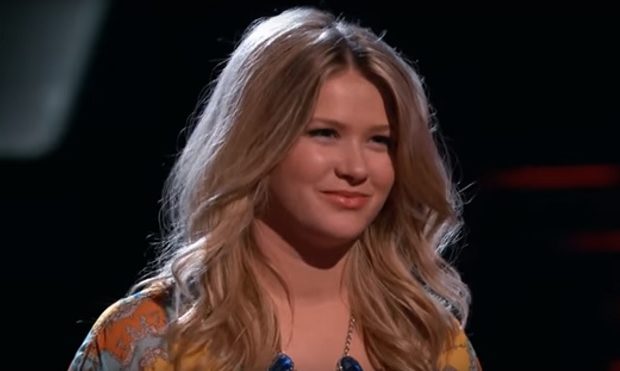 Charity Bowden is the 17-year-old country singer from Hope Hull, Alabama who’s competing on The Voice, Season 11. For her Blind Audition, Charity sang Little Big Town’s hit song “Girl Crush” and chose Miley Cyrus (Alicia Keys turned around too) as her coach. One of the things Miley told Charity was that she’d like to “take you back to, like, 70s country singers.”

For the first round of The Battles, Miley will give Charity a sneak peek back to the 70s – rocker Joan Jett will help Miley prepare Charity. Joan Jett was a founding member of the 1970s all-girl rock band The Runaways. In 1979, Jett launched her solo career and formed her own band, the Blackhearts. Her indelible sound is most widely heard in the smash hit, “I Love Rock n Roll.” (See below.) Charity will try to put another dime in the jukebox, baby. The Voice airs Mondays and Tuesdays at 8pm on NBC.