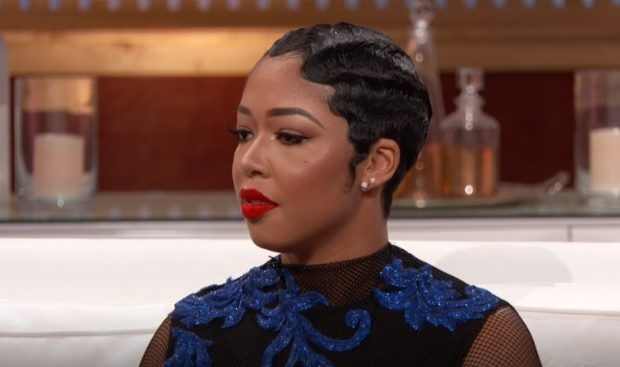 On the Basketball Wives LA Season 5 Reunion, Shaunie O’Neal says she doesn’t want Duffey to return for Season 6. Shaunie explains: “I just don’t think Duffey brought much to this show and its cast.” She adds, “I think Duffey was carried. There were things that happened that you (Duffey) were involved in because someone involved you.” Shaunie brings up Tami Roman‘s daughter making a music video.

Duffey defends herself by saying she was the one who suggested doing the music video. That’s when Tami Roman jumps in and says since she’s been in the Basketball Wives franchise for 6 or 7 years, “My storyline was going to exist whether Duffey was a part of it or not. I didn’t need Duffey to be a part of my situation. I was trying to do what was best for the show.” Duffey says, “And I didn’t need you for my situation. I came on the show to share my story as a single mother, who is doing well in a male-dominated field.” Duffey turns to the audience, “Sorry me being a successful black female in this world wasn’t interesting enough…and fighting with you over a music video was.” Tami says “You’re trying to convince the world that you’re this phenomenal DJ…” Duffey raised her voice: “I am phenomenal…” Tami responds: “Don’t buck. Because If I knuck, we’re going to have a problem.” Basketball Wives airs Sundays at 8pm on VH1.  [Listen to Crime Mob’s song “Knuck If You Buck” featuring Lil Scrappy.]