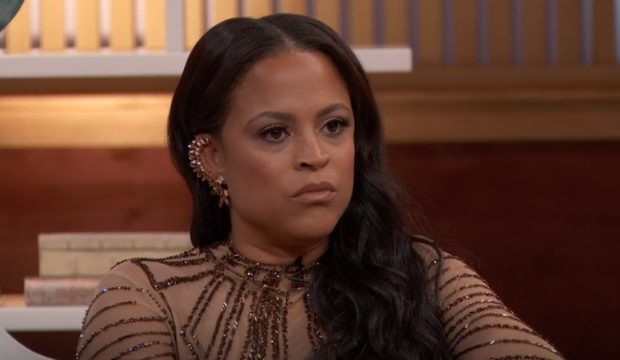 On the Basketball Wives LA Season 5 Reunion, the star and executive producer of the show, Shaunie O’Neal is asked why she was the first person “to step up and apologize.” The question refers to the end of Season 4, when Shaunie told Brandi Maxiell in a dismissive way, “Thank you for your services.” Shaunie says she was the first to apologize “Because I was so over it.” She adds, “We don’t have an invested, close girlfriend relationship. Sometimes I tend to brush things off…and it can come across, I guess, as a little bitchy. I could see where she was coming from.” Shaunie repeats, “I was over it.”

[Who Was Father of Angel Brinks’ Son on ‘Basketball Wives LA’?]

Brandi isn’t about to sit there and have Shaunie have the last word. Brandi raises her finger and pipes in: “Correction. I was over it from the jump.” Brandi explains that people kept approaching her about it and “I just go sick and tired of it,” to which Shaunie rolls her eyes and waves Brandi off. Basketball Wives airs Sundays at 8pm on VH1.