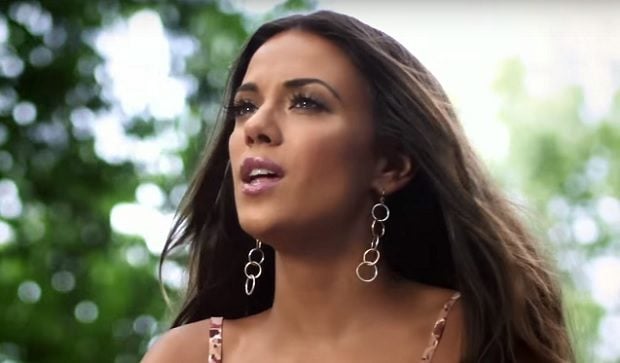 Jana Kramer in her 'Why Ya Wanna' video (YouTube)

Season 23 of Dancing with the Stars features 13 celebrities including TV actress turned country music singer Jana Kramer. As an actress the 32-year-old Kramer is known for her roles on One Tree Hill (Alex Dupré), Entourage (sorority girl Brooke Manning), 90210 (Portia Ranson), and Friday Night Lights (Noelle Davenport), among others. As a singer, Kramer signed with Elektra Records in 2011. She has since released two studio albums, Jana Kramer in 2012 and Thirty One in 2015.

Kramer was in the news most recently after she announced that she and her third husband, Washington Redskins tight end Mike Caussin, are separating. On Dancing with the Stars, Kramer will compete with professional dance partner Gleb Savchenko. DWTS airs Mondays at 8pm on ABC.