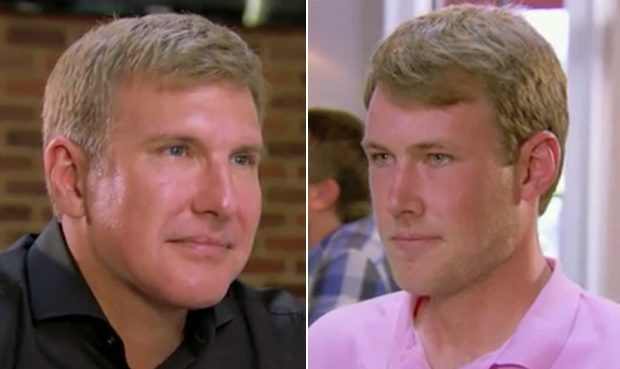 The Chrisley Knows Best episode ‘You Can’t Handle the Truce,’ was filmed prior to Lindsie Chrisley announcing her divorce from her husband of four years Will Campbell. Lindsie’s father Todd Chrisley made his disapproval of his daughter’s marriage clear from the beginning — when the couple eloped in 2012 and five months later had their son Jackson, who is now 3. On this episode, Lindsie asks her father to make amends with Will, whom Todd hasn’t spoken to in two years.

Todd agrees to meet Will (with Lindsie, and Todd’s wife Julie, present). “Where’s the part where he apologizes,” asks Todd. “You know, for marrying my daughter without coming to me.” Julie tells Todd to “give him a break,” to which Todd says, “Give him a break alright…break his legs.” Chrisley Knows Best airs Tuesdays at 10pm on USA.