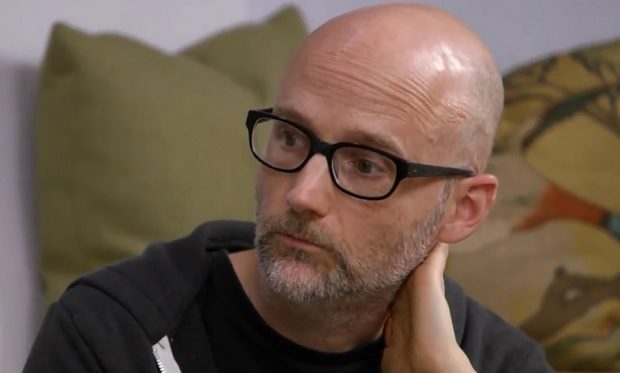 On Hollywood Medium, young psychic Tyler Henry has a reading with singer/songwriter Moby. Tyler connects with a paternal figure named James who has a connection to New Jersey. Moby (born Richard Melville Hall) reveals that his father James was from New Jersey. He died when Moby was 2 years old. Tyler tells Moby he’s also picking up on a lot of family dysfunction including “multiple alcoholics.” Moby reveals that his father was an alcoholic and “died very drunk” in a car accident while he was driving.

Moby once said in an interview: “I know this sounds like a Kris Kristofferson lyric, but it’s hard to miss something you’ve never known.” Moby’s mother Elizabeth, who raised her son in Darien, Connecticut, died in 1998 (Moby was 33.) Moby said of his mother: “When she died it actually felt less like losing a parent and more like losing a really close confidante and friend.” Hollywood Medium airs Wednesdays at 8pm on E!