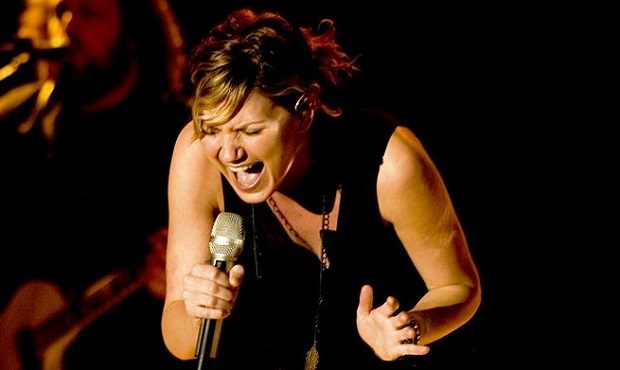 Sugarland singer Jennifer Nettles performed the National Anthem at the “Battle at Bristol” game between the Tennessee Vols and the Virginia Tech Hokies and her rendition gave new resonance to the song. Nettles utterly captivated the audience. Her performance in front of 157,000 fans live at the Bristol Motor Speedway — the most people ever to attend a college football game — immediately became a viral sensation that millions more saw and heard. Nettles said how singing the anthem was especially relevant — how the spirit of The Star-Spangled Banner was “even more resonant on this day.” That’s because Nettles gave her performance on the weekend commemorating the 15th anniversary of the September 11 terrorist attacks.

It was also given special resonance because the National Anthem has been a cause for protest among athletes led by 49ers quarterback Colin Kaepernick. So singing the Anthem is already a heightened experience because of the controversy. Add the huge crowd and Nettles scintillating, emotionally powerful singing and you have the makings of a memorable event. For Nettles though, it was even more personal. The performance was also a birthday present to herself — she turned 42 on September 12.

Thank you everyone for all the birthday love today!!!!!

Special getting to sing The National Anthem last night.Even more resonant on this day.Let’s love each other extra.❤️ pic.twitter.com/qDWKbBuhnm