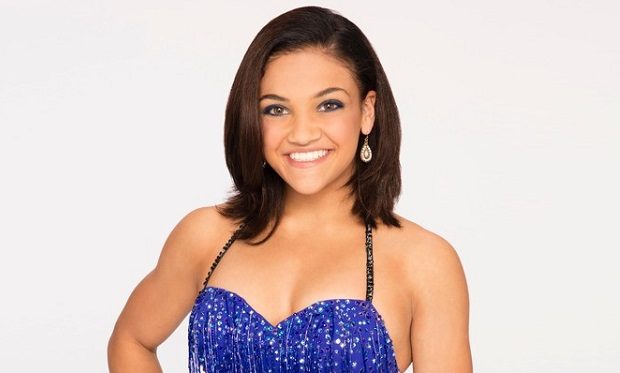 Dancing with the Stars is celebrating its 23rd season on ABC. The celebrity contestants include actress Marilu Henner, rapper Vanilla Ice, former Texas governor Rick Perry, and two Olympic athletes – swimmer Ryan Lochte and gymnast Laurie Hernandez. At the 2016 Summer Olympics in Rio, 16-year-old Hernandez became the first athlete born in the 21st century to win an Olympic gold medal (Team All Around).

On DWTS, Hernandez is competing with Mirror Trophy winner Val Chmerkovskiy (he won Season 20 with Rumer Willis). Three days before the season premiere, Team Valaur made an adorable silent movie set to the 1987 Rick Astley song, “Never Gonna Give You up.” See below. Dancing with the Stars airs Mondays at 8pm on ABC.