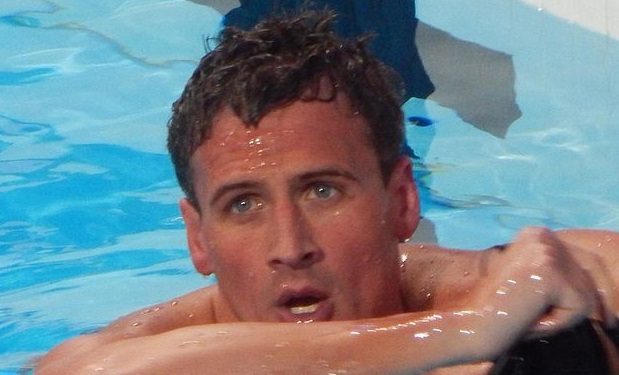 Lochte where he's comfortable (photo by Chan-Fan via Wikimedia Commons)

Ryan Lochte was safe in the states while his Olympic swim buddies were detained in Brazil alleged shenanigans and fibbing. Turns out the Brazilians were sick and tired of hearing that Rio’s water is dirty and its streets are dangerous. Robbed at gun point, Ryan Lochte? The Brazil police begged to differ. Lochte mostly recanted his tale, saying the mean streets of Rio weren’t exactly as he at first portrayed them.

The story will continue to produce its wrinkles and layers, and the whole truth will likely remain elusive (despite some video). But who needs the whole truth when you have celebrity opinions about it? Here are ten of the best early Lochte takes from Twitter:

Ryan Lochte’s lie was just given a 6.3

It would be cool to see Ryan Lochte march in the closing ceremonies in handcuffs.

I think it was wrong of Ryan Lochte to join ISIS.

Have a great Sunday, everyone! But please try to avoid any immature tantics. https://t.co/NAMJq2J7CP

It seems we are holding this stupid #Ryan_Lochte to a higher standard than our prospective Presidential candidates.

Pretty sure Lochte just used the word “tantics”. What a tragesty.

Matt Lauer is explaining to Lochte the difference between being “robbed” & paying for damages.
Lochte isn’t quite sold yet.

Nobody gets to the truth like Ryan Lochte on his fourth attempt.

Overheard: “So if you want to rob Ryan Lochte, now would be the time.”

*non-celebrities featured here should be celebrities!