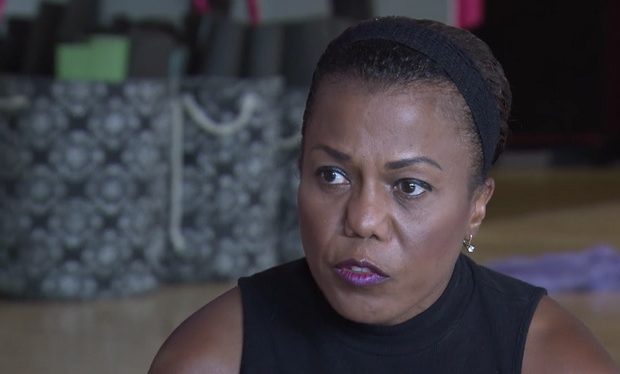 On the Little Women: LA episode ‘Pre-Pop Party,’ while pregnant Briana Renee goes to the hospital in pain, Terre Jole and Tonya Banks make up. During their reconciliation, Terra tells Tonya what Tonya’s daughter Angelique told her about Tonya’s relationship with Kerwin. Kerwin is Angelique’s father but the three of them haven’t lived together since Angelique was five. Kerwin is moving from Texas to California to be with Tonya. Tonya didn’t realize how much the change – her parents getting back together – was affecting Angelique.

Angelique is in tears when she tells her mother, “The least you guys could have done was say something, let me know prior.” Angelique says she felt like her thoughts on the matter “were completely obliviated.” She wants her parents to be happy, she just needs time to adjust. Angelique also told Terra that she felt like her mother was settling for her father. “Everything was just so quick,” she says. “What else is going to change when he moves out here?” Tonya reassures her daughter, “No, I’m not going to put a man first, before my child, I never did. And I won’t.” Little Women LA airs Wednesdays at 9pm on Lifetime.

Tonya didn’t realize how much this change was affecting her daughter. #LittleWomenLA https://t.co/bayeop2uoT