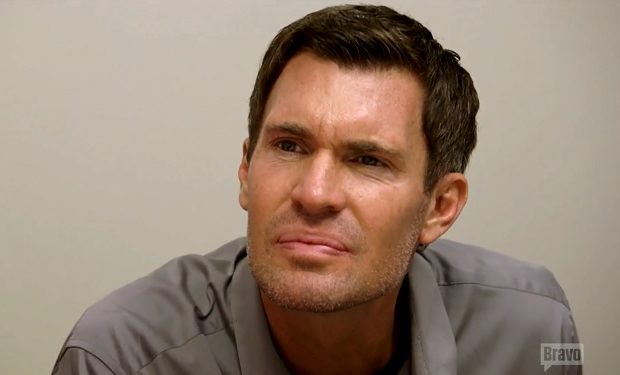 In the Flipping Out episode ‘Mary, Mary Quite Contrary,’ Jeff Lewis and Gage Edward go to the OB/GYN with their surrogate Alexandria. When her doctor asks if she’s having any problems or issues, Alexandria says no, “Just tired, nauseous, and a little cranky, so, all good, right?” The doctor says okay, and then performs a sonogram.

On the screen, the doctor points out the uterus, the pregnancy sac, and then the baby. Jeff says, “You know, I was studying it and listening. And I still wasn’t feeling it. Like, that doesn’t look like a baby. But when the doctor turned on the volume so everyone could hear the baby’s heartbeat, Jeff said: “When we heard the heartbeat, that was cool. That’s when I was like okay, there’s a baby in there.” He added, “I was a little speechless, I think.” But his speechlessness doesn’t last long. When the doctor says he sees a small second gestational sac, Lewis starts asking a lot of questions. Flipping Out airs Thursdays at 9pm on Bravo.