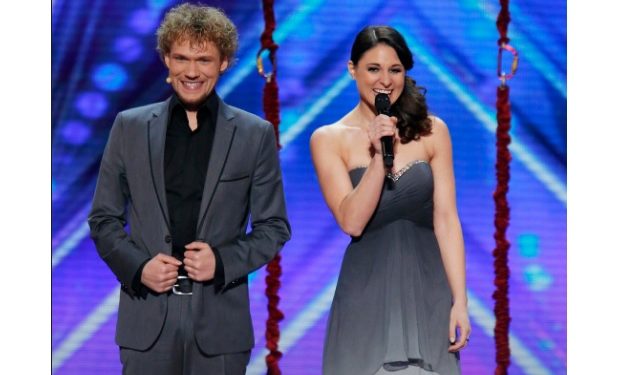 Each week the judges on America’s Got Talent give the acts an assignment that for some is ultimately impossible: Top Yourselves, they say. For singers this means moving on to the next song, trying to dig deeper emotionally and musically. For dancers it means more refinement, urgency, excitement, control. For sword-swallowers and stunt acts it means sharper, larger, and more dangerous thrills. For magic acts, the bigger trick.

This season’s absolutely stunning act — the head-shaking marvel of AGT so far — is The Clairvoyants, a duo (Thommy Ten and Amelie van Tass) that in their first two appearances on AGT appeared to read the minds of the judges. At the Live Shows, The Clairvoyants topped themselves as required: they switched from “reading your minds to controlling your minds,” as Ten said. One thing they did for sure was blow everybody’s mind. The Clairvoyants look very hard to beat. Simon Cowell says he is “haunted” by them. America’s Got Talent airs Tuesdays and Wednesdays at 8pm on NBC.