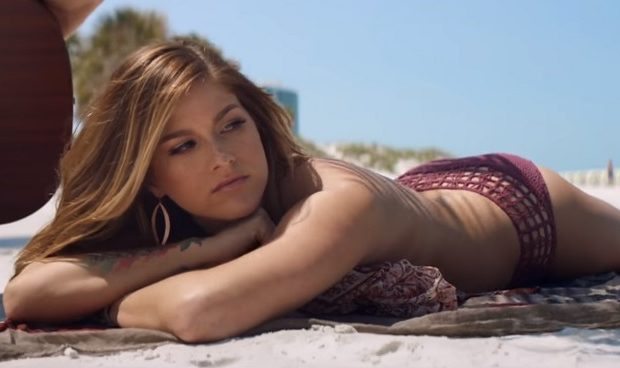 Cassadee Pope was the former lead singer of the band Hey Monday before winning The Voice in 2012 (on Team Blake). Now she’s singing the duet “Think of You” with Chris Young on the 3-hour TV special, The CMA Music Festival: Country’s Night to Rock. Their performance will be memorable — for their sweet harmony, and Pope’s outfit. She wears a shimmering gold, halter jumpsuit by Rani Zakhem (from his 2014 couture collection). See video below.

Pope is also turning heads with her new single Summer off her EP also titled Summer. The one and only song she didn’t write on the EP is Kisses at Airports. Pope said when she first heard it, it made her cry. “I’m in airports half of my life so I see military come and go,” she said. “I see kids just welcoming their families. I know the feeling when I leave somebody I love.” The CMA Music Festival: Country’s Night to Rock will air on August 3 at 8:00 PM on ABC.